We’re registered as a Charitable Incorporated Organisation (CIO) – and we rely on the following humans.

These are the people who run the project, in alphabetical order. Frances (she/her) has previously worked in regeneration in the South Bank area for many years, before joining in January 2018. She has an MA in Victorian Studies, a BA in literature and recently completed a course in counselling studies. She moved to South London on a temporary basis almost 20 years ago and is still there. 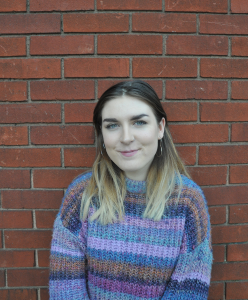 Holly (she/her) is a lifelong Londoner, writer and photographer with a Film Studies BA from King’s College. She began trying to solve the environmental crisis by switching to biodegradable face glitter and now as Communications Producer, she assists in production and editorial work for Restart Radio, as well as videos and web content. Fiona (she/her) is a long time climate campaigner and particularly loves community campaigning. She tries to buy nothing new so is into upcycling and repair, she gets a bit obsessive about her upcycled bathtub pond in spring and organises a local playstreet. Fiona leads on UK campaigning and operations at Restart. Mario (he/him) is studying Computer Science and running the Fixing Factory project in Brent, where he repairs laptops and coordinates volunteers. No issue can stop him from trying to repair a laptop, and he would sleep surrounded by laptops and motherboards if possible. 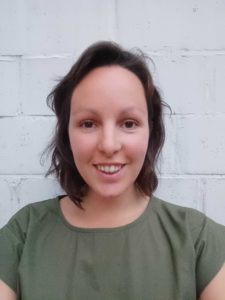 Cristina (she/her) has a French-German Master in European Affairs and coordinates the EU Right to Repair Campaign from Brussels. Her passions are languages, music and animals. She is fascinated by the sea and can often be found snorkeling in cold waters. Edward (he/him) maintains and improves our software for community repair, Restarters.net as a freelancer. He also manufactures altruism via the reuse app he co-founded, called Freegle. His puns are the “nicing” on the cake. 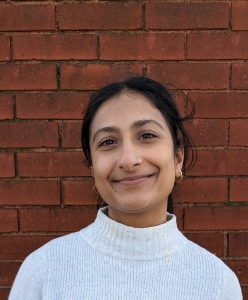 Shelini (she/her) has a Bsc in Ecology and Conservation. She is a keen conservationist and volunteers as a warden at a local nature reserve. Her passions are to make sustainability accessible for all, travelling and yummy food! She coordinates our volunteer work and outreach in London. Graham (he/him) develops our website. He is a freelance developer and techie with a passion for sustainability, efficiency, and retro games. He has a background in data and policy, and loves grainy black and white film. Neil (he/him) is a coder and tinkerer living in the North of England. He works on our apps, sites, and data, and volunteers at his local repair cafe helping to fix laptops and other tech. Outside of Restart you'll find him hiking somewhere around the Lake District. Dave (he/they) is a freelance writer, performer & podcaster: fiction, nonfiction, and everything in between. They’re a “Dave of all trades, master of some. Part Glitter Wizard part Messy Witch.” 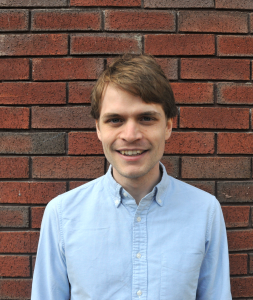 James (he/him) is a tech-obsessed online community manager with a background in youth work. He helps support many of the networks and communities that work with Restart in the UK and internationally as well as helping take care of Restart's online spaces. He is based in Belgium where he struggles to learn Flemish. Monique (she/her) is a freelance software developer who loves simple fixes and a decent pair of shoes. She fondly remembers her math teacher who abandoned the curriculum to teach her Fortran. She helps wrangle Restart's repair data and gets community members interested in analysing it and pulling stories from it. 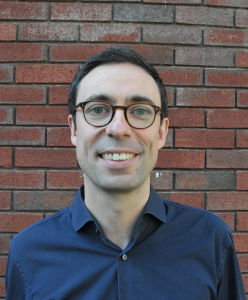 Ugo (he/him) is an Italian researcher with an MPhil in Geography. He leads on international partnerships and on our policy work to push for Right to Repair, and contributes to strategy and fundraising. He is a former fellow of the Shuttleworth Foundation. In the past, he worked with Slow Food and Computer Aid. He left some of his heart in Nairobi and Camden, and now lives in Turin.

In addition to fixers, we rely on a team of volunteers in our community Jamie started fixing to save himself buying new headphones every year - now he can’t stop! Back at Maplin his boss would say “you’ve always got everything in pieces!” - as faulty items were being disassembled on the counter. Then he discovered Restart. Now he fixes professionally, voluntarily and uncontrollably! 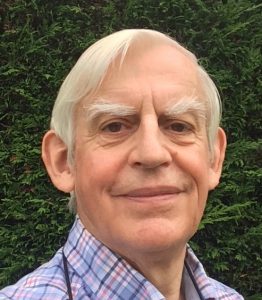 Philip probably learned to read a circuit diagram before he leaned to read English and has always loved tinkering with electronics and computers. But he equally enjoys sharing his knowledge and enthusiasm through the written word, so as soon as it was invented he threw himself into the Restart Wiki. Mark (he/him) is an engineer, researcher and photographer. His PhD researched social ecosystems for innovation and change. His current documentary photography projects address the impact of e-waste and, more importantly, solutions.

Our parties wouldn’t happen without our volunteer Restarters. From talented fixers to party organisers, here are just a few of our regulars.

Our trustees provide advice, and help us stay on course.

Karien Bezuidenhout is a director of the Shuttleworth Foundation, supporting individuals and organisations with innovative ideas to make the world a better place. She helps them to get from conception to fulfilling their vision.

Tara Carey is a charity communications specialist with extensive experience in advocacy, public relations, and multimedia production. She is the Global Head of Media at international women’s rights organisations Equality Now, and also campaigns on environmental issues.

James Carrigan is a trained designer but identifies as a problem solver and absolutely loves creative challenges. As the co-founder of Fixperts and Sugru it’s fair to say that fixing stuff is in his bones.

Gemma Del Pozzo is a corporate & commercial lawyer who advises tech companies through the start up and scale up phase and guides them through international expansion and beyond.  She has worked in a variety of sectors and most recently has been heading up the Corporate Legal team at online payments company, Checkout.com.

Alexandra Deschamps-Sonsino is an author, consultant and designer living in South London. She was the first UK distributor of the Arduino, the founder of Good Night Lamp and is the initiator of the Low Carbon Design Institute.

Gordon Fergus loves waste; and the challenges to manage it responsibly and maximise value for the environment, society and individuals.  He specialises in the waste sector and is passionate about reuse and the wide ranging benefits.  Founder of a successful reuse business and bike reuse CIC.

Tim Gonzaga is a Technical and Training Assistant Director at Kingston Smith, a firm of accountants. He works with a variety of charity clients and is the firm’s expert on charity financial reporting.

Karl Stefan Hall is CEO of AGT (UK) Ltd, an IT support company that is committed to transforming environmental and social issues. AGT delivers training, support and opportunities from its base in Brixton, South London.

Friederike Hanisch has co-founded and been co-hosting Hackney Fixers for years. By day she is Senior Manager for the Inclusive Climate Action programme at C40, and previously managed C40’s Divest/Invest Forum and established ShareAction’s European Responsible Investment Network.

Norah Lewis is an Industrial Designer and Environmental Technologist with over 10 years’ experience working in both industry and NGOs, specialising in circular product design.

Mike Tuffrey is cofounder of the business consultancy, Corporate Citizenship, treasurer of the New Economics Foundation and a former London Assembly member.

Everyone brings valuable experience to a party to share, whether they’re aware of it or not. Bring us your smashed phones, your silent alarm clocks, your truculent toasters! Share your knowledge, hopes and dreams! Learn through doing! Come to a party!