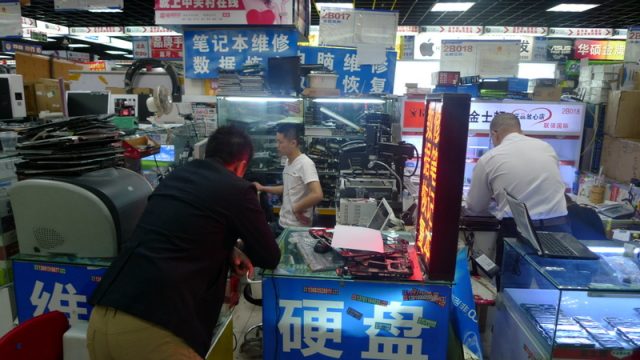 With all eyes on Greece, commentators in Europe are only now waking up to the magnitude of China’s stock market crash – what some estimate equals the loss of “15 Greeces” in stock market capitalisation. (However China’s loss directly hits middle class families, small investors.)

Many of us only know China through the products we buy, and while we have a notion of the importance of manufacturing exports to the Chinese economy, we have little understanding of massive political and economic shifts underway there.

Evidence suggests demand for tablets, computers and mobiles is stagnating here in the “West”. At for the moment, “wearables” will not save an economy based on rapid consumption of gadgets (and other things). We just need to refer to the latest reports on sales of the Apple Watch: demand nose-dived after the initial fanboy run.

Where the UK government merely waves its magic wand, giving massive corporate tax breaks to retailers (dubious strategy as many of us are feeling our spending power shrink) – the Chinese economy continues to be more directed by the state, by bureaucrats encumbered with planning and investing for growth. And while this model has delivered for a number of decades, it appears to have hit some limits. This Forbes piece suggests that the Chinese state is largely to be blamed for this current bubble, which

… extends beyond real estate to the other sectors of the economy, from the steel industry to electronics and toys industries.  Provinces rush and race to copy each other

Part of the problem is the lack of “freedom” and creativity of state investors, but also overwhelming fear of failure.

And while China increases capacity to manufacture ever more of the same kinds of products, it is not stimulating internal consumption fast enough to compensate for our “meh” with the latest shiny gadget we are all supposed to buy.

Journalist Adam Minter describes the most immediate fallout of the crash – a massive sell-off of shares. But the scariest thing about the Chinese stock market crashing like this is that it may have feedback effects – we imagine the Chinese middle class is more sensible than we are, and will begin curtailing consumption after sustaining such losses. Then what?

We have yet to see what happens when one of the world’s biggest exporter cools off – and what implications are for our throw-away lifestyle and our already-sick high streets, but we might just have the chance now.

Tablets break easily and can be hard to repair. In fact most don’t last as long as porridge oats in the cupboard. Help us learn why by playing “Tabicat”, a fun way to collaboratively analyse community repair data.

Every year, “Earth Overshoot Day” is an awful day on the Anthropocene calendar. It is the day in the year by which humans will have taken more from the earth than the planet can naturally renew. This year, Earth Overshoot Day coincides with World Wide Web day.