While we were as busy keeping up our community, media and public engagement commitments this week, we had numerous people send us news from the latest “Apple Event”. The company unveiled something quite new – although we could have guessed it was coming!

The robot (called “Liam”) designed by Apple to disassemble and recycle its iPhones represents a seductive utopian image of a future where we are saved from ecological constraints by *technology*. And people play only a supporting role.

Apple is often the corporate punching bag, for sitting on a pile of offshore cash, labour in the supply chain, smug marketing… Where to start. We’ve tried to be “fair”. We’ve pointed out that Apple is one of the only companies to consistently publish environmental impact reports for its products. And that with the right tactics, a smart customer can get quite a bit of assistance from its in-house service.

But what Apple consistently dodges is the environmental (and some might say social) impact of manufacture of its products, and the impacts of accelerating the upgrade cycle (something it appears very committed to).

As most consumer electronics are made in China in energy-intensive processes powered by fossil fuels, they have a high carbon footprint. This is a feature of the electronics industry, not an Apple “bug”.

We estimate the global footprint of mobile manufacture in 2015 to be equivalent to the entire carbon footprint of Austria.

However Apple’s response has been to big-up its “clean” data centres, and buy a forest in China. Until Apple cleans up manufacture, the rest is greenwashing.

No matter how much we recycle and recoup, if we speed up refresh and upgrade cycles, we are increasing the already-massive carbon footprint of manufacture.

Another detail ignored by the Liam-hype is that rare earth minerals – and additionally, infamous ones like tantalum – are still not that recoupable. Estimates are that less than 1% of tantalum is recyclable from microcapacitors in electronics. Mining these minerals has huge human and environmental costs. 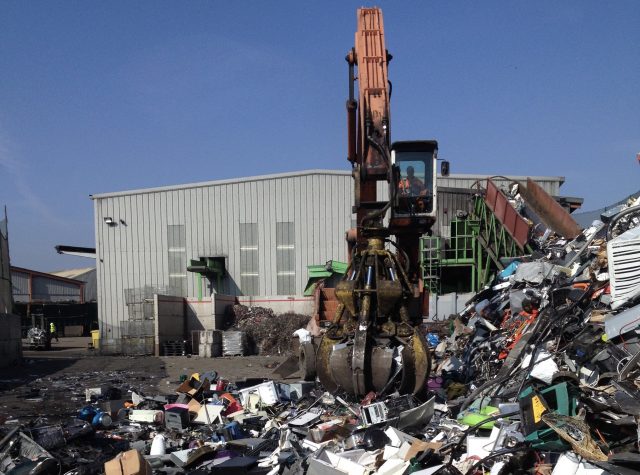 And the depressing truth is that only one third of electronics are recycled safely in the UK. A full third still goes to landfill.

Now we are the first to advocate for more investment in recycling, and R&D for more efficient processes, which is what Liam represents. But Reuters reported that

The system started to operate at full capacity last month and can take apart one iPhone 6 every 11 seconds to recover aluminum, copper, tin, tungsten, cobalt, gold and silver parts, according to Apple.

If Apple is going to invest in a legion of Liams, ok… But most importantly, as Reuters reports

Professional e-waste recyclers, which handle the bulk of discarded iPhones, will not have access to Liam.

So we can conclude that Apple is doing what Apple does best – controlling its entire value chain. And as many commentators remarked, this investment in recycling robotics represents a shift away from jobs for humans. Jobs in assembly and disassembly will fade away. (It seems the only roles for left for people will be pulling minerals like tantalum out of the ground for the cheapest possible price and selling more product from slick stores.)

We’ve always said that we would like to see a circular economy, but one with people at the centre, working in design, customisation, education, repair, reuse and remanufacture. Otherwise we risk living in the passive, polluted (off)world of Wall-E.

While Apple’s Liam represents an important recognition of the need to “close the loop” it is also a mascot for an unreal future where we can continue to mindlessly buy and discard with no real consequences to people and planet.

Apple must be challenged to clean up its manufacture (and its supply chains) and to explain to us how people fit into their vision of a “circular economy”. (Execs at much-reviled companies like Uber have shown an interest in the “basic social income” – which means even they are grappling with the logical social and economic outcomes of mass automation!)