At The Restart Project, our favourite – and surprisingly uncommon – message is: 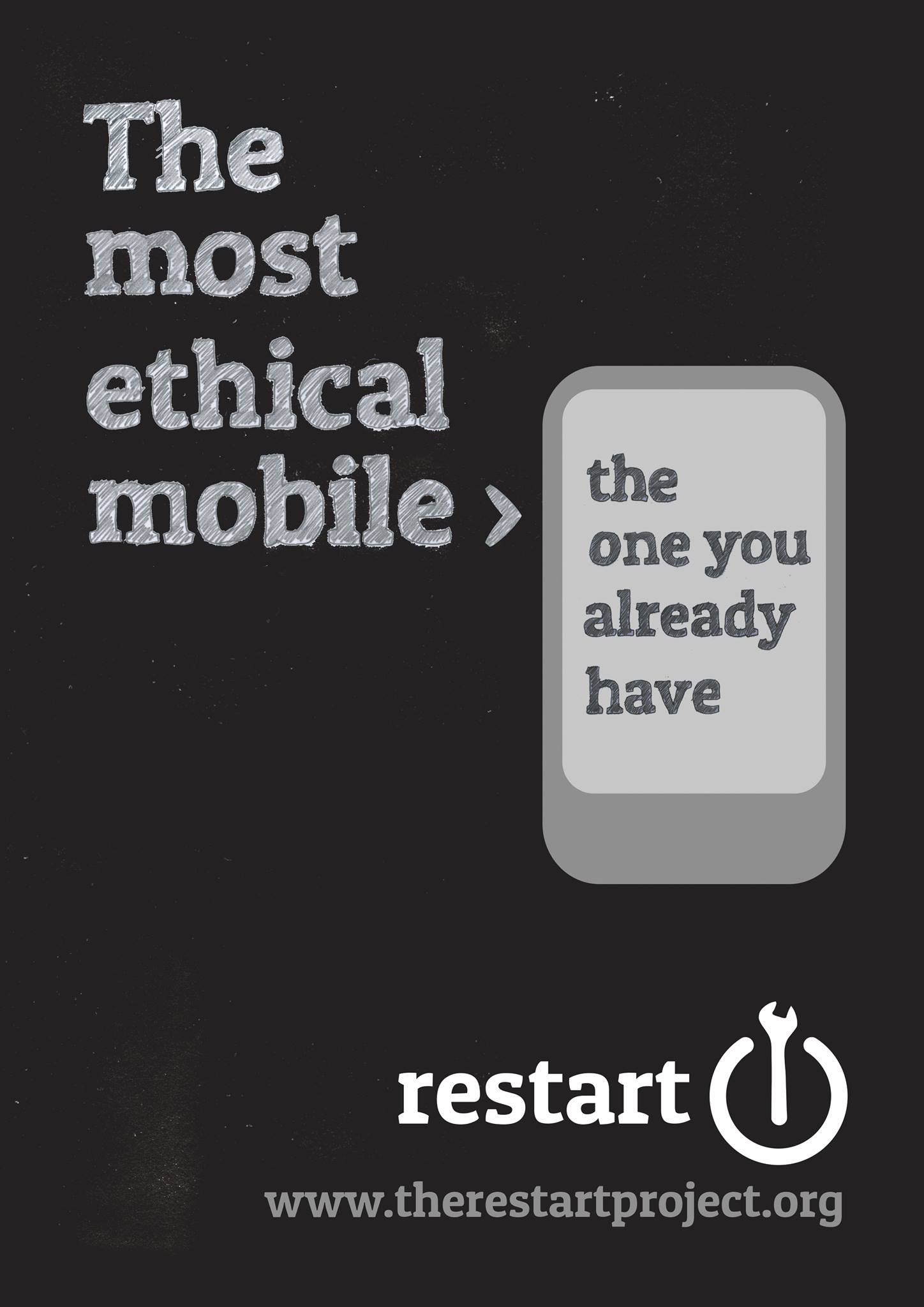 We were amused to have dozens of friends and supporters sending us the Phonebloks video a few weeks ago. It is a very compelling concept for a modular, upgradeable mobile phone – inspired by Legos and very well communicated. It is a great idea, but it will remain a charming design fiction until a whole lot of things change in the electronics industry.

Is it actually possible to capture the public’s imagination with a message of emancipation from the new? With a message of “here, let’s try this” instead of “here let’s buy this”?

The jury is still out. (And someday we will hopefully make a video that is just as catchy as Phonebloks’.)

In the meantime, you can join our “ethical mobile mob” by extending the life of your mobile, and sharing this message with the hashtag #ethicalmob. Based on our experience at Restart Parties, there is something hugely empowering about defeating the aging of our existing gadgets, whether by rooting them and installing a better performing operating system, or by learning to substitute the battery in a device not designed to be easy to open.

Taking control of your existing mobile goes beyond shiny new designs of futuristic products: do it now, without buying anything new.

Thanks to designer Blossom Carrasco for rendering our message so simply.

We appear on The One Show this evening, calling out in-built obsolescence and short product lifetimes and fixing with our community in Brixton. If you feel moved to get involved anywhere in the UK, we’re here for you.