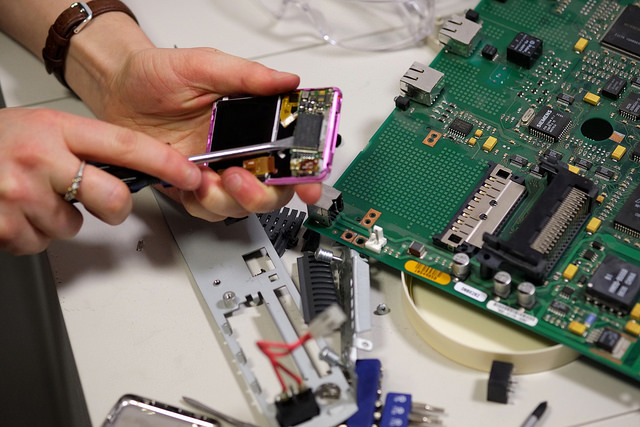 In some sense they are a socially acceptable version of the long-stigmatised trailer (in British English: caravan). They are the cousin of horrendous London bedsits, where the kitchen sink is adjacent to the shower, except with exceptionally good taste and usually free-standing. With attention to materials, lighting and eco-concerns like energy and reuse of waste water.

There are numerous television shows dedicated to the “tiny house” and they have a very loyal following.

What is the appeal? In America, it seems to be somewhere between the frontier obsession with being able to move, and see a horizon, and the desire to be free from the yoke of banks. But there is something deeper that most tiny house aficionados refer to, which is a need to “simplify” – to reduce the amount of crap in their lives.

And the “declutter” messaging in the media is particularly strong this year. Not just in the US, but here as well. A new book called “Stuffocation” is getting attention. Then there is the more provocatively named, self-published “You Have Too Much Shit“.

And every year around this time, we get mainstream media contacting us. Something about January/February. A season of consumer regret?

Many Restarters battle with the cost of living here in London – aggravated by a housing crisis – and repair and reuse help us keep costs down. (Those who have stable living situations either have them due to historical, good judgment, or more recently by fluke, kinship or social capital.) As seen from this community of fixers in London, the “tiny house” seems like a very strange solution to our housing and consumption problems.

A good fixer has a complex relationship with stuff. The way to learn fixing is to accumulate broken stuff and learn by fixing. Ideally, fixed stuff finds a new home. (But sometimes it takes a while for it to find one.) And a good fixer also accumulates spare parts, or saves dead gadgets to be scavenged for future repairs.

The “declutter” and “tiny house” trends are a sort of consumerist purging. And they run the risk of becoming transformed from ways of thinking to passive services and a pret-a-ocuper products. Something about this makes us just as uncomfortable as consumerist binges themselves.

And it is comparatively easy to throw or give away. It is harder to change our relationship with stuff over the long term. And what if changing our relationship to stuff means being able to access more (temporarily) “useless” stuff? Reuse requires being selective, but open-minded about saving stuff, and seeing what used to be waste as raw materials to be repurposed and reused.

Surely this cannot happen within the four walls of the tiny house. Civic space is needed. But it’s not just access to space for stuff, we need space to cooperate and share skills to reuse things.

So far, despite much hype, P2P apps only seem used to “get rid” of things, they have not lived up to their “sharing” potential.

In an urban setting, with pressures on real estate, this kind of reuse can only realistically happen if people work together in communities, with the support of local authorities. (For more in policy terms, read this post or check out the Remakery as a living example.)

This new wave of “tiny house” individualist-minimalism can defeat itself. If people “downsize” just to be forced to buy things every time they need them, then discard, then nothing has been gained.

If, however, people downsize and invest in community repair and reuse, truly reconsider what they need to own, then perhaps there is something transformative bubbling up after all.