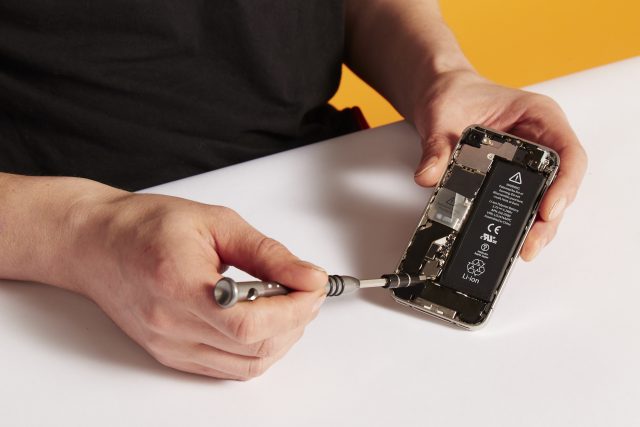 The story is all over the Internet: Apple admitted it has released software updates reducing performance for some of its iPhone models, when the capacity of the battery degrades. This affects iPhones 6, 6S, SE (since last year), and recently the iPhone 7 too.

The most important information is: in case you’re experiencing degraded performance on your device, replacing its battery might fix it.

Unfortunately, we can only say might, given the little information so far provided by Apple. We can’t tell the extent of the problem and the detail of the “solution” provided, which Apple calls a “feature”.

Normally, users of phones with ageing batteries can expect reduced battery life. At Restart Parties, we recommend replacing a battery when these problems become annoying, in order to extend the lifetime of the device, and prevent unnecessary purchases of new devices. However, this time it’s different: the processing speed of the device is reduced – to prevent unexpected shutdowns. We are not told how frequently and under what specific circumstances. As users have no way to know that this is happening, their experience of a slower device might well lead them to think it’s time to upgrade to a new one – rather than simply swap the battery for a new one.

The feature was first introduced by Apple in January with iOS 10.2.1, and is described in their release notes for the software update: “It also improves power management during peak workloads to avoid unexpected shutdowns on iPhone”. Just a few weeks before, in November 2016 Apple had also launched a recall program for iPhone 6s defective batteries, apparently presenting a similar but unrelated problem to the one addressed by this software “feature”.

The story is still unfolding, and we’ll be following it. However it raises questions that Apple’s admission didn’t address:

We hope Apple will clarify this issue further. While in this case the spotlight is on them, more transparency and openness is required across the whole smartphone ecosystem. In terms of batteries, we want to see improvements in the Android ecosystem as well. As we wrote recently, only few manufacturers of Android devices offer genuine replacement batteries and a service beyond the warranty period. This, coupled with phone design making it complicated to replace batteries and with presence on the market of poor quality replacement batteries, reduces chances of extending the life of a device.

Smartphone users deserve better after-sale support and signposting from manufacturers, and should not have to replace a device in order to continue use the functionalities they’ve already paid for.

Finally, this story started with iPhone users comparing data about performance collected by the Geekbench app. It is a reminder that independent data plays an important role in keeping manufacturers accountable for their work. That’s why we collect and share data about all the repairs we perform, and work with partners through the Open Repair Alliance to promote more openness in the repair of all electrical and electronic devices.

“BattCat” is our latest interactive, people-powered investigation into why devices fail. This time we’re asking for your help to learn why repairs involving batteries at community events are often too hard to complete.

Tablets break easily and can be hard to repair. In fact most don’t last as long as porridge oats in the cupboard. Help us learn why by playing “Tabicat”, a fun way to collaboratively analyse community repair data.