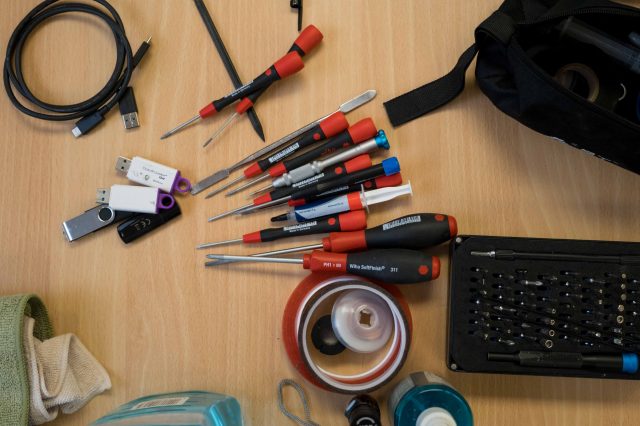 What a tumultuous start to this year! In this post, we’re going to highlight some key moments in the long month of January and help break down the big questions and opportunities in the push for longer-lasting and more repairable products in the UK this year.

However, some repair businesses have been hit really hard by all of the new Brexit delays and costs to importing spare parts. One white goods parts business is reporting that people are opting to buy new appliances as it’s simply quicker than waiting for repairs. This could mean a net loss of UK jobs, as almost no household appliances or electronics are manufactured in the UK, as well as added costs for consumers and big consequences for the planet.

The other big news this month was a surge in public interest in laptop donation, to help get kids online during school closures. Ofcom estimates up to 1.8 million children in the UK do not have adequate access to a computer and the internet. The government simply hasn’t solved the problem. The BBC and other media drew attention to a potential solution: reusing dusty and dormant laptops in cupboards.

Donations flooded into local reuse projects across the country — and our page listing these drew huge traffic to our site. We’ve been networking with groups across London and around the UK.

From the perspective of changing the system and changing the way we live, this is a potentially transformative moment.

This is the first time people have connected the digital access/equity agenda with the environmental agenda. People are showing genuine interest in reuse over recycling. And they are looking for local solutions, ones that share skills and connect people in their community.

We’ve been contacted by waste authorities in London to see if we can work together to intercept functioning laptops from waste. But real change can only happen here if we can sustain public concern on the issue, as we’ve seen with child hunger.

In the eleven months that remain, here are the top 5 big, immediate policy questions we are facing this year at a national level.

1. Will the government accept Parliament’s recommendations to reduce e-waste?

Looking to the rest of the year, the first thing on our agenda is getting a response from the UK government on the excellent report on electronic waste published in November by the House of Commons Environmental Audit Committee.

Normally the government responds within two months. That window has passed.

The government needs to accept or reject the Committee’s suggestions, which include a Right to Repair enshrined in law. Accepting the suggestions would prove they are serious about these issues, and would really be the only way they could continue to say that we are going to be “better” than Europe.

2. Brexit: do we get more than “non-regression” on the Right to Repair?

In the last two days of January we heard two mentions in Parliament of “planned obsolescence” and concern over reduced product lifetimes. (Lords and Commons.) We think this is positive. Scrutiny is good. However media coverage and even Parliamentarians conveniently side-step the fact that Europe has been the driving force behind Right to Repair and product standards. Is the UK is really going to better than Europe on product standards and the Right to Repair? If so, how?

We’re not qualified to really understand the complex agreement between the UK and the Europe, nor can we predict the future. What we do know for certain at this moment is that we are guaranteed “non-regression”, which means we only get the first of Europe’s groundbreaking Right to Repair measures covering fridges, televisions, dishwashers and washing machines. However, the final UK regulation for these products still hasn’t been published. What’s the hold up?

We know this year Europe has ambitions to widen the scope of these measures to include other crucial product categories, like computers and mobiles. Will the UK follow suit?

Even the tech industry itself wants the UK to remain in alignment with Europe.

But Brexiters politicised product standards from the beginning and we don’t know if the UK government will want to be seen to have a strong commitment to remain aligned. Last September we responded to an initial consultation on the future of “ecodesign”, which is the European home of “right to repair”. And we know Defra and BEIS have since commissioned a study to inform future priorities. The media reports that we are due for announcements in the spring. But to date we have no certainty about the government’s future level of ambition on this.

3. What about those innovative new ideas?

We have a good memory around here. We still remember the proposal from Department for Digital, Culture, Media and Sport (DCMS) last year that manufacturers of connected devices be forced to state the length of software support and updates. This could be really groundbreaking. It sounds like the measures are being drafted up now, and we could see this implemented in 2021. As ever, the devil is in the details. How will this be enforced? (And when can this be extended to all “connected” products, IT and mobiles?)

The government made much fanfare about it abolishing the “tampon tax” and insinuating that this would never have been possible in Europe. (Not entirely true.) But freedom to make easy changes to VAT is a good opportunity.

So how about zero-rated VAT for repairs on household appliances and electronics? If the super rich can get zero-rated repairs on their yachts, why can’t we get a break on our repairs at home?

4. What is the role of UK competition regulators?

We submitted feedback the Competition and Markets Authority’s (CMA) Annual Plan for the first time, drawing their attention to how the Right to Repair is a competition issue that bridges both digital markets and a low-carbon future. These are two of their stated priorities in this post-Brexit era. We wrote:

This is a largely unexplored area in competition and consumer policy and there are many potential angles to this. Improving the longevity of products is clearly in the consumer interest. Consumers will often not be aware of the costs of repairs that they may incur and reducing the longevity of products will tend to benefit all manufacturers, but particularly those with market power. We consider that the CMA is the best placed institution to improve consumer outcomes in this area.

Lastly, we honestly do not know what to expect from the UN Climate Change negotiations in Glasgow later this year. But this is a big opportunity for action on consumption emissions. National carbon accounting methods leave us off the hook for the carbon emitted in the production of stuff we import. The narrative “the UK’s carbon footprint is dropping” doesn’t just lull us into complacency, it is fundamentally unfair to the countries who have our carbon on their books. The only way forward is to cut our consumption emissions by consuming less while simultaneously supporting mitigation in countries that produce the stuff we import.

If we can keep up the pressure, 2021 could just be a good year for our Right to Repair in the UK. To keep up to date on all five of these questions and much more, subscribe to our monthly newsletter and occasional Right to Repair updates: