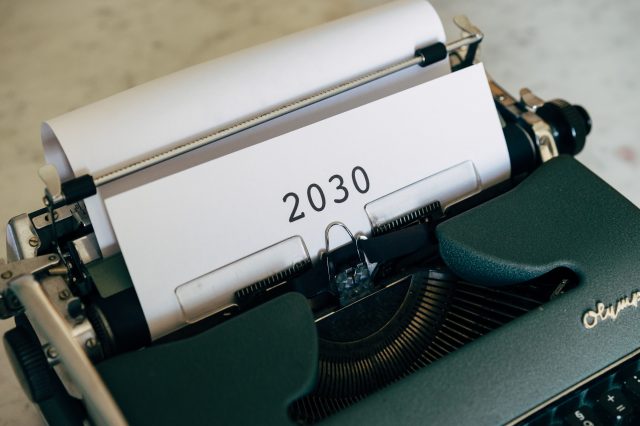 It’s been a big fortnight for those watching big tech and their impact on the planet, here in the UK and beyond. Apple came out with some big environmental commitments, which we’ll evaluate in this post. We’ve been watching and writing about Apple’s track record for years. And it does feel like the most ambition we’ve ever seen from the company.

But first, some reminders of what their competitors are up to. (Or rather, what they are not up to.)

Samsung when compared to Fairphone

We were quite intrigued to see that last week, the Environmental Audit Committee of UK Parliament invited Fairphone and Samsung to a session about electronics and waste.

Fairphone is a product that MPs could see with their own eyes is serious about ecodesign. CEO Eva Gouwens explains that the mobile is an “ecosystem” product and that designing long-lasting ones is no small feat, but it is possible.

While Samsung bragged about footprinting their products to MPs, we STILL can’t find footprint data on their products. In the hearing, they also expressed opposition to labelling for products to help consumers make better choices (see Q155).

(And Samsung’s crocodile tears about the lack of renewable energy in Korea would be comical, given their political and economic might in the country, if their lack of seriousness was not destroying the planet…)

The Amazon in the room

To our delight, Amazon was also invited to the Parliamentary session. Notably, MPs didn’t bother to ask Amazon about preventing waste. (This is a company selling extremely low-spec, disposable tablets in the US for $35.)

But MPs asked why Amazon seems so uninterested in cleaning up its own e-waste mess. Why can’t this company use its famous logistics talents to collect dead electronics? The answer was unconvincing waffle (see Q185).

Amazon has made big fanfare about its new commitment to be carbon neutral by 2040.

Yet Amazon’s actions and inactions speak louder than words. We saw how Amazon treated its own employees in April  who dared to ask for more action on the environment and workers rights – they fired them. We’ve seen how, for years, they were consistently ranked among the worst performing of big tech in Greenpeace’s ranking on clean internet (along with… Samsung).

Meanwhile, just this week, we learn that Jeff Bezos’ net worth grew enough to power our charity’s activities for over 28,000 years.

All of us should consider now whether we want to live in Bezos' atrophied off-world… pic.twitter.com/Y1LHi73L3A

You’ll be forgiven for having missed Microsoft’s big announcement in January this year, that they would go carbon negative by 2030. To be honest, we’d not given this the attention (and scrutiny) it deserved.

Apple’s big announcement this week to go carbon neutral throughout its whole supply chain by 2030 brought us back to the topic.

This week, Microsoft reupped its January commitment and announced it will be part of a larger partnership called Transform to Net Zero.

We praise both announcements. This is what we’ve been pushing for since forever: stop just picking the low-hanging fruit and take on the enormity of the challenge of cleaning up their operations.

For the first time, the date does seem to recognise the urgency of the climate crisis. Could they do it faster? Yes, probably.

We have to ask ourselves whether this is another PR exercise carefully calibrated not to upset shareholders.

In the UK, Jonathan Porritt has dedicated his career to “partnering” with business to avoid the destruction of the planet. This week he sounded like he’s really lost his patience with business leaders, writing

Do these big tech environmental commitments amount to this? It’s too early to tell, as the devil is in the details.

Microsoft’s strategy relies very heavily on “carbon removal” which by its own admission is untested and experimental. Apple will pursue 25% offsets (trees) and “innovative” carbon removal to cover its industrial footprint.

We know that poorly designed offset projects can have perverse effects on the wellbeing of communities.

While we know next to nothing about carbon removal, it seems big tech is depending too much on this tech to cover for its own operations.

Both of these elements will require intense ongoing scrutiny.

We are going to have a hard enough time holding our elected governments to account over these carbon targets.

How will we do this with business? These are businesses that still do not publicly releasing the carbon footprint information of their products in standard form that can be audited. Let alone at the scale of their operations.

We note that many of the targets adopt a sort of “hockey stick” approach – fairly slow in the first part of the next decade with a big, kind of techno-magical uptick at the end. How can companies report in a way that helps us track how realistic this hockey stick is?

What about materials and chemicals

We hear it over and over again from industry – let us clean up the chemicals, close the material loops, let us do the repairs, let us take care of it. They resist regulation in almost all of its forms.

These are companies that produce billions of devices a year, and they promote the delusion that they can be the stewards for them over the whole of their lifecycle. Common sense tells us this is plain wrong.

No number of clever, super expensive recycling robots owned and operated by manufacturers will take care of the problem. (If they helped disseminate the technology to others, this would be a different story.)

In Apple and Samsung’s case, their businesses are still too beholden to the take-make-dispose cycle. In the case of Amazon, Google, Facebook and Microsoft, they have profit from many different services and simply do not care too much about their material footprint.

All of these companies are actively preventing third party repair and reuse of consumer products.

With all voluntary commitments by companies, the onus seems to be on civil society to accompany processes closely and ensure adequate transparency and accountability.

We don’t have the resources at the moment to create a table that compares the various companies in their commitments, let alone a yearly roadmap to hold them to account. But we do have a sketch of what this could look like. (We left out social concerns here, but they should run right through these questions, from offsetting, to mining, to occupational hazards with chemicals.)

Extending product lifetimes and a realistic approach to end of life of products should be important areas of scrutiny, and these are often over-looked in tech.

We’d like to compare Amazon, Apple, Facebook, Google, Microsoft, and Samsung on the above – in simple terms that can help the average person keep track of this.

We could never do this alone. We know that some organisations are rating companies for better procurement policies. But we’re most interested in collaboratively holding corporate leadership to account at the highest level. We’re curious to know if other organisations are interested.