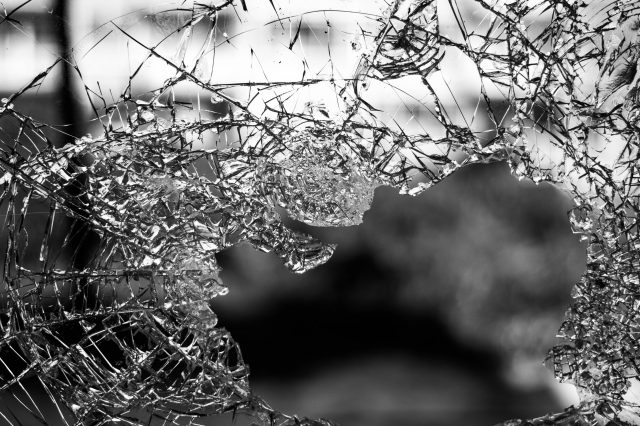 On Friday, friends brought to our attention a very crude but effective PR-stunt by Chinese mobile brand Huawei. The company asked people to queue in Soho for the opportunity to smash up their existing mobile phone, and win a new mobile. (A very small few fans seemed very excited about the violent send-off for their phone, but most seemed to simply want a free, new mobile.)

We immediately shared our disgust with this spectacle, which seemed to promote destruction of functioning mobiles, that could have second and third lives. (Happy to report our disgusted tweet is out-performing the original.)

Utterly abhorrent. Please help us shame Huawei. Nearly 50m tons of #ewaste produced annually and they appear to be celebrating it https://t.co/ms9PIsDPAJ

We are the first to sympathise with the frustration people feel with obsolete (or perceived-to-be obsolete) devices. In fact frustration and anger is a major driver for participation in our free, community repair events.

Who among us has not felt compelled to smash a crap printer, like these “original gangsters” in Office Space. [Soundtrack Not Suitable for Work]

Most of us grown-ups can watch this oldie on YouTube and either laugh and move on, or roll up our sleeves and solve the problem, without creating pathetic, sell-out copies of this nearly-20-year-old scene.

Yet Huawei is treating its customers like toddlers having a tantrum in the check-out.

(We are also shaking our heads because during same days as this stunt, many long-time Huawei users were asking for help with software support with the devices they already owned and hearing nothing back. We also noted Twitter users reporting that Huawei had strictly prohibited their own devices from being smashed to bits.)

Huawei promised to recycle the smashed up mobile bits, so a number of people asked us what we were making such a big deal about.

Thank you for asking! Because recycling is NOT the solution to the massive social and environmental footprint of mobiles, or the growing problem of electronic waste. While we may imagine our phones being disassembled for valuable parts, most of our miniaturised, glued-together mobiles are fed through a shredder in recycling. Very little of the huge cloud of carbon emitted in their manufacture is recouped through what has been dubbed “The Big Shred”. (Please do not be fooled by slick propaganda.)

Currently, there is a long list of special minerals in mobiles that are hardly recouped at all in the recycling process. As electronics have become smaller, they have become more materially complex, and the recycling industry has simply not kept up.

So realistically, for many minerals, we are still faced with a “take, make, throw-away” system even if we dispose of mobiles responsibly. What’s worse, some of these minerals are very much needed to scale-up renewable energy production. (We’re working on bringing this to light, in collaboration with a consortia of European researchers, so watch this space.)

The only real solution is for us to use our mobiles for longer, and to do this, we need vendors to radically overhaul their business models and we need to get in the habit of selling on or donating functioning mobiles when we move on.

In an age of extreme inequality and capitalist excess, Huawei, you have served yourself up as another villain. Alongside Apple’s war against the common-sense “right to repair” by suing Norwegian repair shops for using refurbished iPhone screens, and the enrichment of Amazon’s Jeff Bezos by exploiting working people until they are taken away by ambulances, you are setting yourselves up to be a proper environmental nemesis.

All of the CSR hot air in the world will not save you from your poor judgment here.

But don’t worry, we will not come at you with petitions or placards. If you persist, we will respond with the kind of counter-spectacle your spectacle deserves.

For now, we will leave readers with the most brilliant riposte to Huawei:

Every year, “Earth Overshoot Day” is an awful day on the Anthropocene calendar. It is the day in the year by which humans will have taken more from the earth than the planet can naturally renew. This year, Earth Overshoot Day coincides with World Wide Web day.

“Internet health” has multiple, connected meanings. And the crisis in trust goes far beyond privacy concerns, it reaches deep into other connected institutions: electronic supply chains, threats to the “right to repair” and recycling systems.