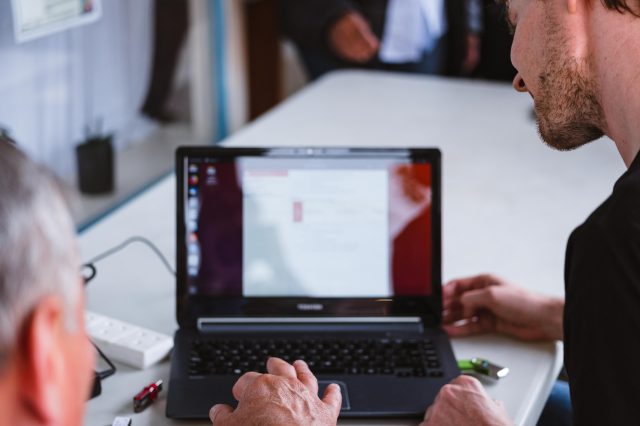 A new poll by YouGov shows that more Britons would like to repair their smartphones instead of replacing them (47%), as opposed to those who would prefer to get a new one (45%). For laptops, a strong majority (58%) prefers to repair rather than replace.

Now is a good to time to remind that 72% of Britons believe the government should intervene to make products easier to repair and recycle. And the new YouGov data reveals crucial barriers to repair.

Anti-competitive practices contribute to this high cost. Many electronics manufacturers make no secret that they restrict access to genuine spare parts for their products. In white goods and appliances, there is a healthy market of genuine spare parts. Third party companies compete to sell these.

Simply not so in the electronics sector: most manufacturers do not allow the sale of their genuine parts. DIY-ers and independent professionals cannot find genuine spare parts. Often times refurbished or reused parts are the only option, but even these are made expensive as quality assurance adds to the cost. (So does the fact that companies like Apple are weaponising copyright and attempting to prevent the use of refurbished parts.)

Access to genuine spare parts is one of the main rallying cries of the Right to Repair movement.

The European Commission will discuss “ecodesign” regulations for smartphones from 2021, including access to spare parts and repair information. Will the UK government adopt similar regulations? (It’s hard to be optimistic, based on the current lack of firm commitment on adopting similar EU provisions for appliances.)

And access to spare parts is the first hurdle, but we are already preparing for a struggle for affordable, genuine spare parts.

The role of VAT and tax

Tax adds to the cost of repair, when it could be used to incentivise job-creating repairs. In the UK, repairs on luxury yachts and private aircraft are zero-rated for VAT. Not the case for household products, like electronics. (Or even bikes.) Some European countries have lowered VAT on repairs for certain products. This was already possible as a member of the EU and it is easier than ever now.

The same number that cited cost as the reason they would not repair in the poll said their motivation to replace was: “my device is old anyways”.

Incessant marketing by electronics manufacturers is one powerful factor. But it’s not the only one.

How much of this perceived or real obsolescence is down to the fact that many users experience their smartphones losing software and security support?

Over 40% of Android users were stuck on insecure, unsupported versions of Android, according to the latest data released from Google in 2019.

And what about moments like “Batterygate” in 2016, when Apple throttled the performance of mobiles without informing users?

Could the comparatively low motivation of Britons to repair tablets come down to some of these factors? (Along with the cost of replacing a battery or repairing a screen?) Neither of these factors come into play with laptops to the same degree.

The government has announced it will introduce legislation to require manufacturers of internet “connected devices” to tell shoppers how long they will provide software support. Why can’t the same be done for mobiles, the connected device in our pockets?

Other typical reasons for discarding a device instead of repairing it are the general inconvenience (27%), not having a device during the repair (16%) and the time it would take to get it fixed (12%).

But their authorised repair centres often times cite long wait times and have complicated processes that involve posting a product.

And let’s be real. As incumbents who make profits off of selling new devices, manufacturers have little incentive to provide convenient repair services.

Independents offer a more convenient, immediate solution as they are often on our doorstep. But they have become harder to find online, as Google has been suppressing their advertisements since last year. Why have they targeted the independent repair sector? Could it be because of their shared interests with big manufacturers? (Google is after all both a vendor of mobiles, but also profits off of their mobile OS, put on 74% of the world’s smartphones by other manufacturers.)

We’ve been working on this in London (to start) with our Repair Directory. We currently list 100+ businesses in over 12 boroughs, based on three simple criteria. We’re looking to expand this work, and we think local authorities and waste authorities across the country should invest in making repair more convenient. And this investment will create value and jobs.

Let’s remove the barriers to repair

So for every reason named in the poll for people not to repair electronics, there is scope for the government to take action.

On cost, the government can and should require access to affordable genuine spare parts, as Europe is working towards, and reduce VAT on repairs, as it has for boats and aircraft. In relation to perceived (and real) obsolescence, the government can extend its proposal on “connected devices” to smartphones, requiring manufacturers to state how long they will provide software support. Lastly, on convenience, access to information on where to repair needs to become as simple as where to recycle. And government can play a role, at a national and a local level.