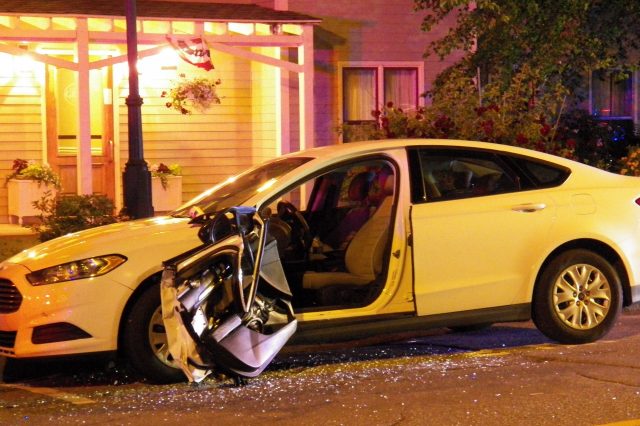 We’ve been following Motherboard’s coverage of right to repair issues for years now, from iPhones to tractors. Over the weekend, they published a very entertaining mini documentary about Rich Benoit, a rogue “backyard mechanic” and YouTuber, who buys smashed up Tesla cars and creates working vehicles out of second-hand and refurbished parts.

Benoit (or as he likes to be called, Car Guru or ‘Dr. Tesla Frankenstein’) takes us through the obstacles to repairing Tesla cars. He is a firm believer in the right to repair: in how we as consumers should have the right and means to fix our stuff, or have alternatives to just going to manufacturers.

A car mechanic’s tour of “right to repair” principles

Benoit lives in Massachusetts, where repairing cars is now easier after the 2012 Massachusetts Right to Repair Act. One provision of the law is access to spare parts. However, there are some loopholes when it comes to Tesla cars e.g. the Act states that mechanics should have access to the same tools used by manufacturers in their dealerships – but Tesla has no dealerships to start with.

Benoit’s ‘obsession’ started when he purchased two broken Teslas and decided to tinker with their parts to fix at least one of them. He did it this way because getting spare parts from Tesla can be tough – to make this point, he calls Tesla to ask for rubberised lug nut covers and is denied. In response, Benoit now has his basement full of them just in case: batteries, cables, coolant pumps, MCUs (media control units) – all of them taken from other Teslas he has repaired. Even seemingly wrecked parts could be a mine of smaller parts that can help fix other vehicles. (We were reminded of Restarters like him.)

To be clear: our backyard mechanic hero in fact loves and admires Teslas, which is why he spends his life lovingly restoring them. One thing we noticed is how small design decisions that Benoit himself glows over appear to create barriers to repairing the cars, such as the retracting door handles. (In this, he reminds of Apple enthusiasts.)

He also hints repeatedly that he might get into legal trouble doing what he does. Why? Telsa owns all of the software that makes these cars operate – and buyers enter into an agreement with the company that only permits certain uses of the car. Much like we’ve seen with John Deere’s tractors, the company could come with lawyers to shut people like Benoit down.

Choice in a “smart” world

While Benoit does mention safety in relation to the batteries, the video does raise fascinating questions about the future of DIY repair in a self-driving car scenario. (Which even for Tesla has yet to exist.) What, if anything, will people be able to safely fix on their own? Will we become “dumb”, passive users of cars?

In an ideal world, self-driving cars could be freed from end-user licensing agreements once they were no longer supported by the manufacturer, down-graded to preserve core functions of a safe car when driven by a human person. Just like a fridge should still keep things cold once it’s no longer “smart”, that is, connected to your home router or the internet. But this is clearly easier said than done – and will not be a priority unless regulators or consumers demand it.

We recently talked to Cambridge University researcher Ross Anderson on these topics and more.

We can’t help but be reminded of our latest podcast, with Brazilian technologist Felipe Fonseca, who asks some of the same questions that Benoit does. He takes us on a tour of Brazilian creativity and DIY – much the same spirit that motivates the Tesla mechanic.

How can we even imagine a future without this kind of creativity?