The Restart Project is a volunteer-driven project sparked by two friends: one Italian and one American-British. As two people hugely invested in our communities, we are a little stunned at “Black Friday” this year.

At a time when we hear incessant attacks on immigration, we see this country handing itself over to the single-most destructive, noxious event in American consumer culture.

The first Black Friday was caused by gold speculators who brought the US economy to its knees in 1869. (And most “Black” days of the week – like Black Monday and Black Thursday – are associated with huge market crashes.) 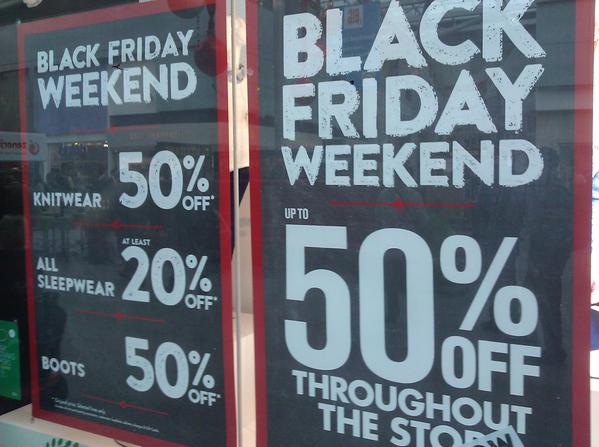 For those who are just hearing about this new incarnation of Black Friday for the first time, it is a stroke of twentieth century, US consumerist genius. The last Thursday of November is Thanksgiving (which is a holiday of family get-to-togethers and eating, based on a simplified, fairy-tale version of US history).

Few public holidays in America create a “bridge”, allowing people to take an extra day to make a long weekend. And the “Mad Men” could not simply leave the extra day off alone. The Friday after Thanksgiving comes about a month from Christmas, and has become a day dedicated to shopping binges. It is a day of queues and literal battles for bargains.

In a global age, it does not shock us that US companies are trying to impose this day of excess on British consumers. What does shock us is UK companies – some even aligned with new, more sustainable values – swallowing Black Friday hook, line and sinker.

Even some of the companies encouraging fixing and making, authentically attempting to alter the way we “consume” technology, have Black Friday promotions. 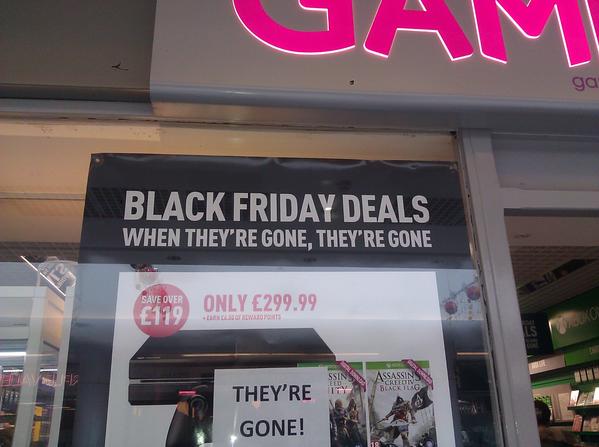 This afternoon, we walked through Romford to a meeting confronted by Black Friday adverts, from gaming and electronics stores, to small clothes retailers and Boots and WH Smith.

It really has us scratching our heads, especially against the backdrop of increasing anti-Europe rhetoric, and a tide of nationalism here in the UK.

While we can ask retailers what they are thinking with this, we cannot ignore the role of the media in generating this frenzy. As one commenter on our Facebook page wrote “our media are lazy hence they buy into this Black Friday crap”.

There are plenty of alternatives. Buy Nothing Day is a campaign started by Adbusters Magazine, and it has been going strong for years.

We’re happy that our friends in Turin and Florence are hosting Restart Parties tomorrow, on International Buy Nothing Day. If you are in London and would like to opt out, and repair something, we encourage you to take a day trip down to Brighton for the Repair Cafe tomorrow.

The UK should take steps urgently to extend access to spare parts and repair information for all products to everyone and address the high cost of repairs.

For the first time, design for repairability, long-term availability of spare parts and repair information will be written into UK law, creating a precedent. But we don’t think there’s that much to celebrate yet – here is why.