So hard to choose our favourite fixes of the year, after seeing hundreds of devices and working with their owners! We picked these together with our volunteer Restarters because they each have something to tell us about how we can revive electronics repair, and be more resilient, together. 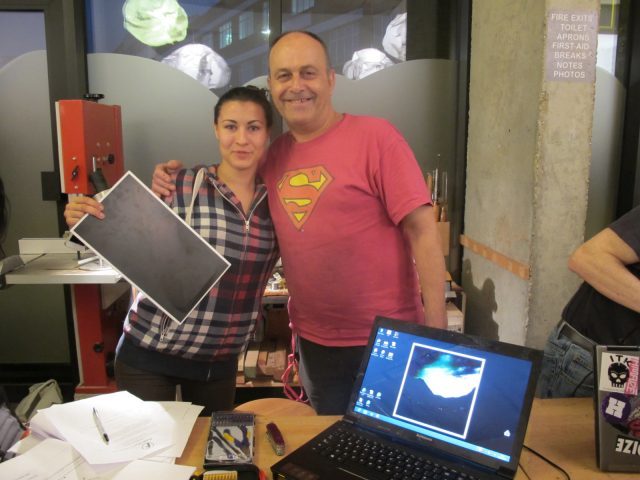 Viv was definitely our hero of 2013. She arrived early to the Repair Café at Goodlife Centre, bearing a Lenovo Laptop with crushed screen, a replacement screen, and a service manual. (Lenovo is one of few manufacturers who provide service manuals!) Restarter Dave sat alongside Viv and they carefully followed the steps to replace the screen. She prevailed, and even better, she has become a Restarter in her own right, coming back to help others at another Restart Party!

Take away: access to a laptop service manual very important, empowering its owner 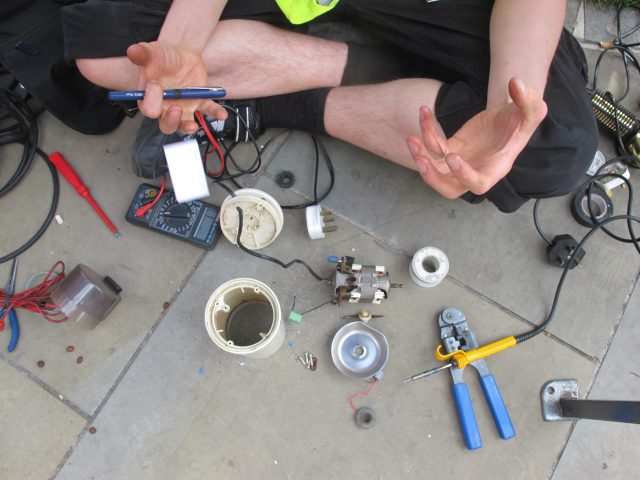 Ten spent hours tearing down this lovely Braun coffee grinder with its owner at Herne Hill market. We thought it was a great learning opportunity, and we knew the device could last for many more years if fixed, so we kept at it. Soon every little piece of this grinder was on the ground, and some of us were a little worried that all of Ten’s efforts would be for naught. Then Ten conferred with some other repairers and was reminded that the problem could have been something as small as the brushes on the motor mechanism. After a once-over on the brushes, we reassembled the grinder and it came back to life.

Take-away: collaboration between our volunteers is key to community repair

3. The Harddrive that Wasn’t 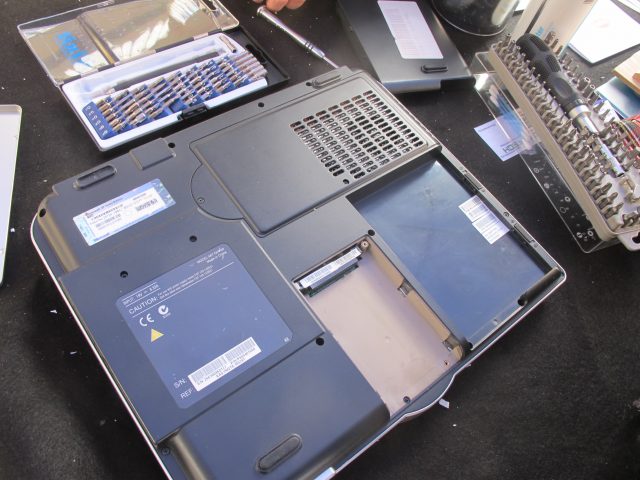 This does not really qualify as a repair, but we have to include it anyways. While at Herne Hill market, a woman came with a laptop she said no longer booted at all. She explained that she had taken it for repair at PC World, and it had not booted since. We suspected it was a hard drive problem, and as it was an older PC laptop where we did not have to do much work to get to the harddrive, we started opening the right bay. To our shock and surprise, there was no hard drive there! PC World’s lovely technicians had simply forgotten to put the drive back in. No wonder so few people trust repairers in big stores. 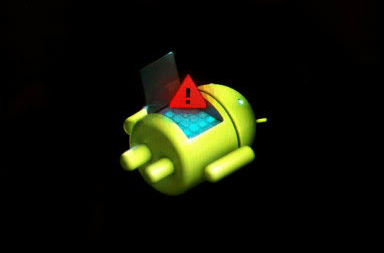 At Makerfaire Manchester, a Samsung Galaxy S2 owner came to us, distraught after being told by Vodafone they could not help him. His mobile was stuck in what is called a “bootloop”, where it does not start up. This is NOT the same as the feared “bricked” state. Instead of telling him to buy a new device – which Vodafone did – we showed him how to boot the phone in recovery mode, perform a complete reset of the device, which solved the problem.

Take-away: do not listen to mobile providers (who only care about selling us new mobiles) 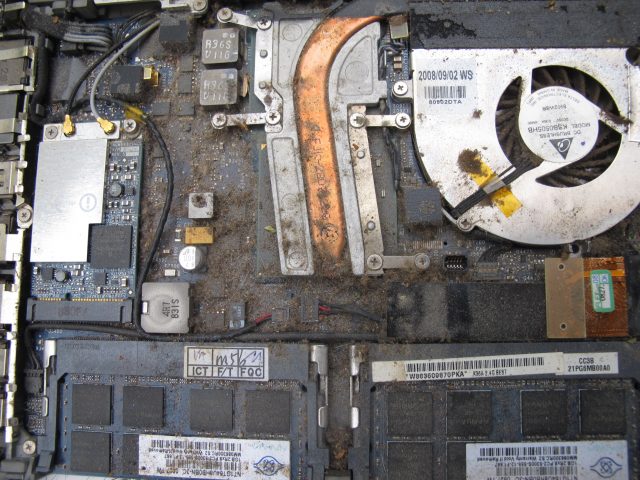 At Central Saint Martins, we repaired together with young product design students. One student brought what was the filthiest Macbook we have ever seen. We imagine there were about 5 years of dirt, dust, and other nasties accumulated in this machine. We helped him disassemble, handed him a canister of compressed air – which he used all of – and voilà, it ran without purring and dangerously overheating.