What’s the difference between a prerecorded birdsong and a real one? 3D sound aims to bring audio technology even closer to “real life”.

Today, our researcher Lauren is joined by Dougie Brown from Cassini Sound, and regular Restart volunteer Ben Skidmore. The beginnings of 3D sound technologies have been around for nearly a century; but only now are they starting to reach the popular imagination. Dougie talks about his work in creating 3-dimensional soundscapes for games, and sheds a bit of light on the reasons behind this sudden resurgence.

One way of achieving three-dimensions in sound is binaural recording, which you may have come across without realising it. Binaural recording uses a dummy head, which is designed to capture the exact way in which sounds from a point in space reach our ears at slightly different times, and at different volumes. 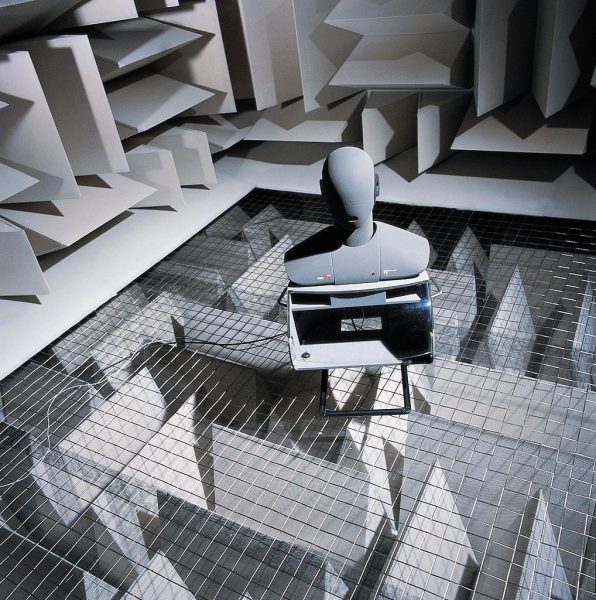 Previously, sounds recorded using a dummy head only worked properly through headphones. But now, thanks to an algorithm developed by a rocket scientist from Princeton, a range of headphones and speakers are appearing on the market that can give any audio – binaural or otherwise – a three-dimensional quality.

The 3D sound equipment on the market is interesting, but it’s not going to fundamentally change the way we experience audio overnight. Ben and Dougie tell us about some of the potential shortcomings of these technologies. (And if everyone rushes out to buy the latest 3D headset only to realise that it was a misinformed purchase, that’s a whole lot of new discarded electronics.)

Luckily, recent innovations in 3D sound tend to exploit the fact that 3D effects can be achieved through software; not just hardware. Dougie explains that the 3D effect of sound in games doesn’t rely on any special equipment, it simply interacts cleverly with the equipment the user already has.

This wave of 3D sound is only just emerging, but it shows promise. And it doesn’t just have potential for the worlds of gaming and music. There are some truly exciting developments in other fields: a 3D headset for the blind creates a soundscape of the city that can be used for personal navigation.