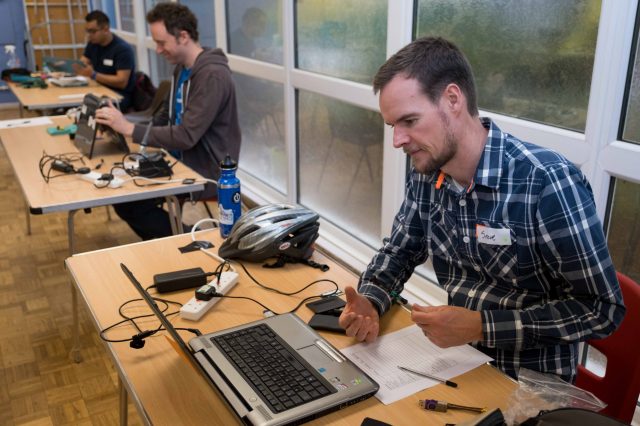 It may be a new year but we are still pressing for change in all the same places. On January’s episode, we revisit the topic of “digital inclusion” as schools are once again forced to close. Janet and Ugo are joined by Ben Skidmore, as they discuss why digital inclusion is more than just getting laptops into the hands of those in need. Later in the show, we also examine some potentially good news and forward movement in European Union policy.

The important details of digital inclusion

In the UK, we are not far off from a year since the first nationwide lockdown due to the pandemic. Despite this, there are still over a million children without access to the internet at home, for school. While there has been some progress since we last discussed this in September, it is nowhere near enough to solve the massive need. Is it better to rely on large-scale procurement of laptops or rather to focus on local community organising and grassroots efforts to reuse old laptops? Ultimately, we need both.

Ben points out that fixing laptops — especially a variety of used models given by individual donors — does take markedly more time than large-scale procurement or refurbishment. In September, we talked to James Diamond from Hackney Fixers about their laptop repair and reuse project. He told us that while their work takes much time and care, it is urgently needed to ensure equal access to what is now an essential resource.

And this time and care is needed not just in relation to hardware. Even for those who are equipped with devices for online learning, we have not seen enough guidance for teachers and students on how to use these devices in an effective way. Digital inclusion is much more than access to hardware. It also includes access to the internet and equipping people with the tools to use resources critically. We quote Brazilian academic André Lemos’ 2003 essay

Can we really measure social inclusion by the number of computers per capita, by the number of internet users and other like statistics? Again, including means here adapting, moulding and forming individuals able to use software and operating systems that can be out of date in only a few months…

Perhaps the true social inclusion is through educating on the new media, not just the techniques, but through the development of a critical thought and disquiet in relation to that which they sell us as the newest, best thing, that will just rot in front of us…

While we are no longer part of the EU, we don’t yet know how this will affect policy here in the UK. So, we look hopefully towards some recent policy developments from Europe. The European Commission recently released documents as part of a preparatory study that looks at ecodesign for smartphones and tablets. We discuss the prospects for game-changing regulation of smartphones this year.

A recent study by Öko-Institut and VZBV, that looked at increasing the lifespans of products has yielded similar conclusions. Looking at laptops, smartphones, notebooks and washing machines, they modelled the results of extending these product lifetimes to seven years. The findings are clear: making products more repairable would have a drastic impact on reducing CO2 emissions and saving money for the consumer alike. Now we want to see this evidence used to instigate real policy changes.

Finally, a celebration and examination of actual policy change. On January 1st, France introduced its new repairability index. The regulation will require ratings on products including washing machines, televisions, smartphones and laptops. And it includes many pillars of Right to Repair in its criteria. We worry that the French government’s reliance on manufacturers to rate their own products may lead to misuse. However, Ben points out that ultimately this policy will at least start consumers thinking more about the repairability of the products that they buy.

[Feature image by Mark A Phillips, licensed under CC BY 4.0.]