In this week’s episode, we talk to artists Joshua Portway and Lise Autogena about their documentary ‘Kuannersuit / Kvanefjeld’, about a small town in Greenland that is divided over plans for a large, open-pit uranium and rare earth mineral mine. The proposed mine would be the world’s fifth largest uranium mine and the second largest rare earths operation.

Josh and Lise, who have been working together as artists since the early 1990s, in their first experiment in film portray a town divided. Some are passionately opposed to the proposal, which would involve mining off the top of the nearby mountain and filling the adjacent lake with tailings. There are fears for how the dust from the mine may effect farming or the health of the town’s inhabitants. But others see it as the only way to save the town from depopulation, as the population has dwindled since the hey-day of fishing. 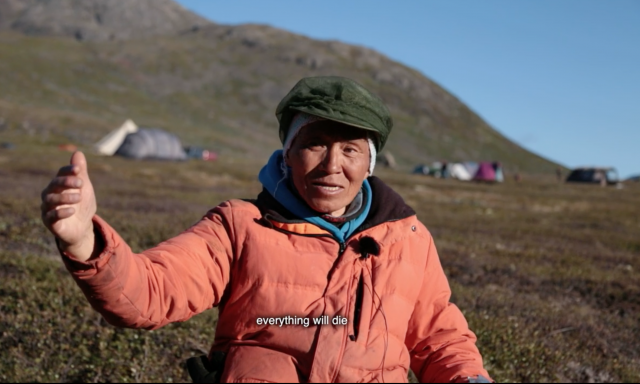 Greenland is a country with a very small population and great territory rich in mineral wealth, including rare earth minerals, which are widely used in the manufacture of electronics. Most rare earth minerals are hardly recyclable, and processes for recouping them from end-of-life electronics lag behind developments in their usage. In our increasingly globalised world, we are all connected to each other through resource use. The rate of our consumption of electronic products has ramifications far beyond what we immediately see.

This is not an issue with a simple solution: mining in Greenland is widely seen as a way for the country to gain financial and political independence from Denmark. But in the words of Mariane Paviasen, a resident of the town, “we can’t become independent by giving a piece of our land to a company from another country”. Even among those who might in theory agree with mining, the pace of the growth of mining is a major issue. 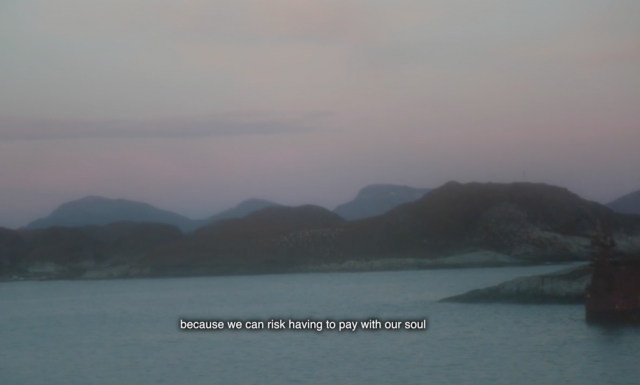 Kuannersuit / Kvanefjeld may be about one small town in Greenland, but its story is being played out in countless variations all over the world. Hearing these stories pushes us to think carefully about our role as global citizens and consumers.