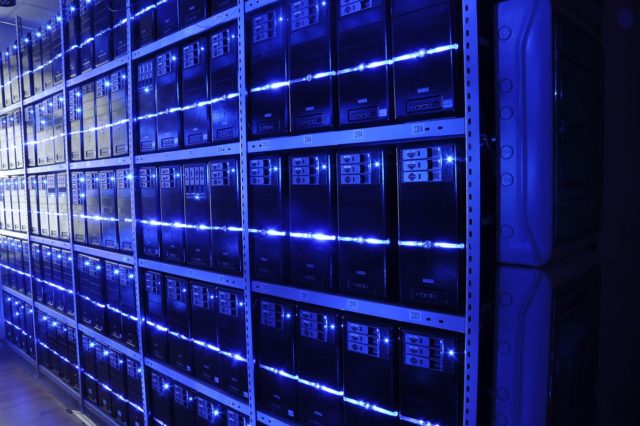 We interview Andrew Hatton, Head of IT at Greenpeace UK. We talk about the environmental implications of using the Internet and Greenpeace’s campaign on the topic.

First, we discuss a vote by members states of the European Union (EU) on new measures which can have crucial implications for the repairability of our products. Along with other organisations, we coordinated a “welcoming committee” in Brussels in front of the EU Council: the first ever protest for our right to repair, at least in Europe.

Also in tech news: Amazon will start selling Apple products directly on its platform and, in return, small refurbishers not authorised by Apple will be kicked out of the online store. This level of control by such powerful companies is deeply worrying.

The episode focuses on Greenpeace and their longstanding campaigning for a greener Internet. Back in 2012, the organisation was already focused on this issue – they published a report and they protested at the Apple store in Regent Street, London. Pretending to be Apple staff, the so-called ‘Apple geniuses’, they informed customers about Apple’s excessive reliance on coal for its cloud services.

Cloud services include the vast array of online platforms we use daily to work, share files or watch movies (such as iCloud, Google Drive or Netflix). Given their massive traffic, we need to put pressure on the big companies enabling these services to adopt more sustainable practices, such as shifting to renewable energies. Companies need to be critical about where their energy comes from and about their plans for a greener cloud.

These practices are analysed by Greenpeace, resulting in their striking scorecards. These rank companies according to criteria such as their energy supply, transparency around energy use and sources, and advocacy.

Andrew emphasises the importance of companies pushing for change, highlighting Google or Salesforce as leaders, and others like Amazon as ‘laggards’.

In 2019, Greenpeace will publish an updated report examining the current ranking of companies’ data centres – the engines that power cloud services. They look particularly at Virginia (United States) as the ‘data centre capital’ of the world. It has been estimated that around 70% of Internet traffic passes through Virginia’s data centres.

Still, there are not many alternatives today to using these online services, and even organisations like Greenpeace need to make compromises. Andrew takes us through some of these tensions, for instance when buying IT equipment or choosing cloud providers, and how they try to select the most sustainable suppliers.

We also talk about the pressure from the tech industry to weaken legislation that could push for greener tech. We too share our frustration with manufacturers as they keep lobbying against our right to repair what we own.

Finally, we comment on the hardware, on the importance of upgrading the devices that power data centres. These servers components are devices with a massive embodied energy, so we should make sure that they keep running for long, and that they are easier to upgrade and repair.