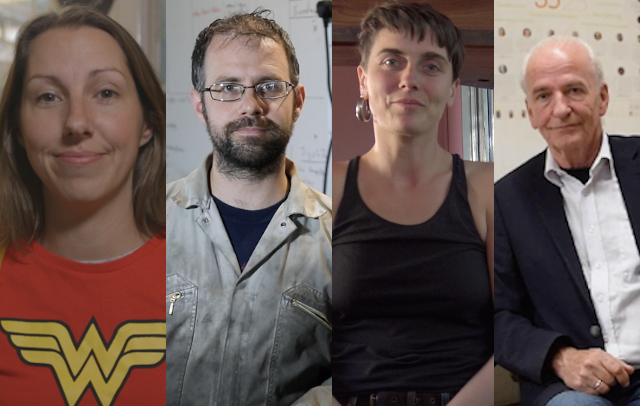 In October, the European Right to Repair campaign launched “Heroes of Repair”, as part of their celebration of International Repair Day. The video series aims to highlight the human face of repair by profiling individuals working to strengthen the repair movement. Restart’s very own Chloé Mikolajczak talked to us about why this campaign is necessary and how Right to Repair has developed over the last year.

We also get to hear from some repair heroes first hand about how and why they are involved in repair. Throughout the podcast Paul O’Donell, Sepp Eisenriegler, Janine Korduan and Cerys Jones tell us how they got involved in repair, what inspires them in their work, and why the Right to Repair matters to them.

Anyone can be a Hero of Repair

In London and across the UK, we have an incredibly strong and involved Restart community. It was heartening to hear from Mikolajczak, and the heroes themselves, that this is mirrored across Europe. The aim of the campaign is to highlight those working to support repair initiatives and elevate Right to Repair. Furthermore, she hopes that the campaign empowers other repairers to upload their own videos. On International Repair Day, YouTuber Jessa Jones from iPad Rehab shared her own video.

“The idea wasn’t to say someone is a hero for doing something absolutely incredible. The people we are putting forward are normal people like you and I who are contributing significantly to their community through repair. It’s not just a small group of people that can be heroes – everyone can be a repair hero.”

Learning from each other

We talk to Mikolajczak about why it is so important to run Heroes of Repair as a European campaign. She tells us about how the repair movement varies between countries. Many countries are in different stages of development regarding government policy on repair. Awareness and support of the movement differs too. By raising awareness of the initiatives happening in each country, Mikolajczak hopes that we can learn from each other and strengthen the movement.

Highlighting the human face of repair

Mikolajczak explains that the regulations that they are fighting for will affect the lives of citizens in ways they may not realise. The key aims of Right to Repair are: to ensure that products are designed and built to be repairable, that repair is affordable and accessible, and that consumers are informed on what they are buying.

All of these measures will directly impact citizens, save them money, and help protect the environment in the process. Mikolajczak also talks about the barriers she faces working on this campaign. This includes the need to push back against corporations and lobbyists who are constantly working to avoid regulation.

Next year can be better for Right to Repair

Finally, we hear some of the highlights and successes of the European Right to Repair campaign this year. These include the European Commission’s new Circular Economy Action Plan and movement towards regulating smartphones. All in all, the hope is that more organisations will lend their support and the movement will continue to grow.

Whether you are an individual, a business or an organisation, you can get involved with the Right to Repair campaign.