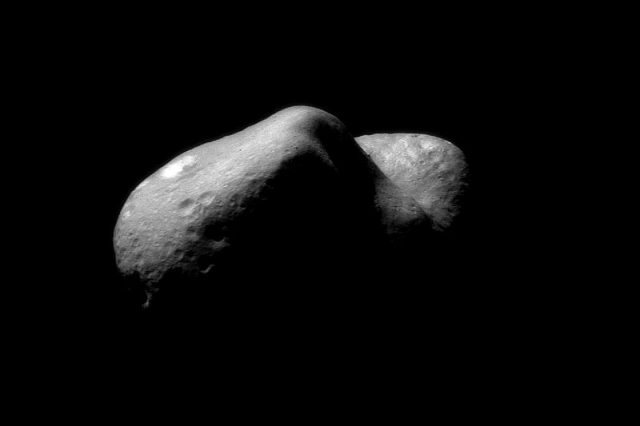 Coinciding nicely with the first image of a black hole, this April is Space Month on Restart Radio, where both our live show and podcast will be space-themed.

In this show, we talk to Jessika Luth Richter, a circular economy researcher at Lund University in Sweden, and we learn about the relationship between raw materials and space, including the ‘Iridium anomaly’.

First, we chat about tech news. From the recent Apple GiveBack trade-in programme to their leaking of plans to respond to Right to Repair pressure, to the hijacking of ASUS software updates or the risks of ‘smartphone zombies’ – are you one of them?

Discovering Iridium: from mobiles to dinosaurs

During the show, we learn about a very particular chemical element: Iridium (Ir). While Iridium is very rare on the Earth’s crust, it is found on much higher concentrations (around 100 times higher) on an internal Earth layer, the one marking the boundary in geological times of 66 million years ago.

So where could this metal have come from? The hypothesis is: from an asteroid, which could also have triggered the extinction of dinosaurs.

Next we talk more about this element and discuss some of its current uses today. Despite its rarity, Iridium is used in the manufacturing of electrical contacts, certain electrical wires and electrodes. It can also be found in smartphones with OLED displays. Given its great properties for industry and tech, alongside its scarcity and supply risks (85% is mined only in South Africa), Iridium is a critical material.

Could we get raw materials from space, like Iridium from meteorites? Rare earth elements from the moon? We talk about space mining, and how, despite various efforts, this seems still far away. The further we want to reach out in space, we will have to face questions of infrastructure, how we are getting there and back to Earth.

We talk about space missions, Space X and people’s dreams to travel outside Earth. Be it for mining or for passenger travel, we reflect on the environmental cost of travelling to space. While space exploration inspired the environmental movement when we were able to see Earth from outer space, we still need to think about how we use materials on Earth. Or will we mine materials from space, for them to simply become waste?

*As part of Space month, both our live show and podcast will be space-themed. Watch out for our Space podcast at the end of the month!*