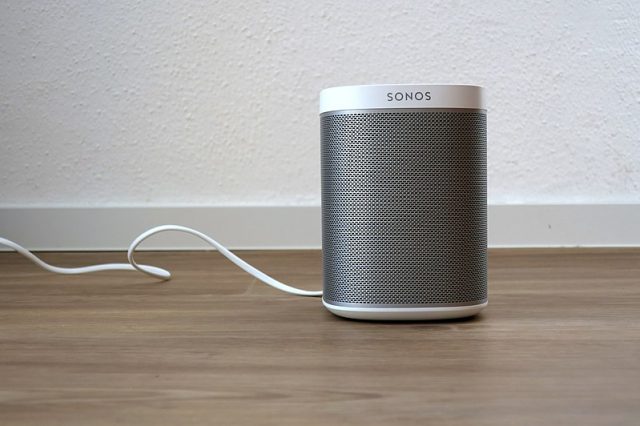 On ‘Safer Internet Day’, Janet and Ugo are joined in the studio by Restarter Ben Skidmore to discuss the developing Sonos scandal, planned device obsolescence, and new proposed UK legislation to increase the security of connected devices.

But first: last week, as part of the European Right to Repair campaign, we launched a petition on smartphones’ repairability. We are calling on the European Commission to introduce legislation requiring smartphone manufacturers to make more repairable and longer-lasting devices. (Link below.)

One step forward, two steps back with Apple

No surprise that our first topic of discussion revolved around frequent subject of the show, Apple. Last week, the French regulato for competition and fraud fined Apple €25 million (around £21m) for intentionally slowing down iPhones with iOS updates and not warning phone owners. We discuss whether this a step forward or more of a reactive and temporary fix for the bigger issue of the lack of regulation of software and its interplay with hardware.

We also briefly discussed the concerning new information that has come to light regarding Apple’s IRP (Independent Repair Program) that was announced last summer. VICE’s Motherboard released details of the document that Apple is requiring repair businesses to sign in order to participate in the program. It exposes the lack of freedom the programme actually presents for independent repairers and if this was simply a performative move by Apple pre-empting the Right to Repair agenda.

The Sonos scandal and obsolescence of connected hardware

Our main topic revolved around Sonos coming under fire for their announcement that ‘legacy’ products would no longer receive support in terms of software or security updates. Not only did this render these devices almost obsolete, this change would also affect newer devices that are connected to them on the same network.

Though Sonos offered a few fixes to this new policy, what kind of precedent does this set for the disposal of devices where the hardware is still physically ok? But also, this public outcry did bolster our belief in the future of our agenda of longer-lasting technology.

Finally, our discussion of the new proposed UK legislation on the security of “Internet of Things” reminds Janet of a parenting horror story that immediately prompted her friend to get rid of her hacked Nest device. While this reaction was understandable, again this disposal of devices that are well within the usable period of their lifespan is exactly what we are trying to avoid.

With the panic that these security risks can cause, how can we build trust in our smart devices and make them safer, especially when they are increasingly being introduced into personal and private spaces? Is the UK government serious about this, and what will it take to move from a policy pronouncement to enforcement?