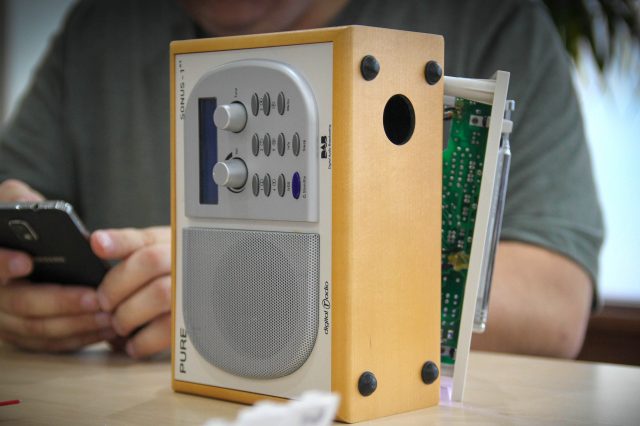 We had a great year, with interviews about asteroids, space junk in Earth orbit, solar lamps, the climate crisis, art and activism in India, and two inspiring  episodes from northwest England. We slowed things down a bit in terms of our production schedule, so this year we have slightly fewer episodes to choose from. So we’re going with a top five list, that is slightly a cheat — as we’re adding a Christmas bonus.

And did we mention we’re also recruiting a paid Communications Intern to help in the production of Restart Radio next year. This is a great gig! We’re accepting applications through 12th January.

1. Community infrastructure with Broadband for the Rural North (B4RN)

B4RN is the bold initiative of a community in Lancashire who simply wanted access to the Internet and decided to start their own community-run broadband. It contributes to community cohesion, education and disaster preparedness.

2. A life in art, activism and electronic waste with Ravi Agarwal

Ravi Agarwal is an artist and activist based in New Delhi, where he founded the NGO Toxics Link. We hear Ravi’s reflections on his life between disciplines.

3. When solar lamps break down

Solar lamps have been envisioned as a groundbreaking innovation for regions with no electricity. But what happens when solar gadgets break down?

4. The Iridium Anomaly, your mobile and the dinosaurs

We talk to Jessika Luth Richter, a circular economy researcher at Lund University in Sweden, and we learn about the relationship between materials and space, including the ‘iridium anomaly’.

5. New Right to Repair rules, broken down by a pro

After much celebration and fanfare about the new European regulations guaranteeing some “right to repair” for consumers, we needed to chat with Steve the Spindoctor. Our interview with Steve feels like a tour of terrible caveats.

And here goes the Christmas bonus, a visit to a community computer repair clinic in Fleetwood, in the northwest of England, motivated by its Christian values but focused on sharing tech skills to those most in need.

A computer clinic for (and by) the community

We travel to the northwest of England to meet Dave and Anne Carlos, co-founders of the West Fleetwood Computer Clinic. Set up by the Emmanuel Church, this Computer Clinic serves the community by lowering people’s barriers to technology, while making devices last for longer.