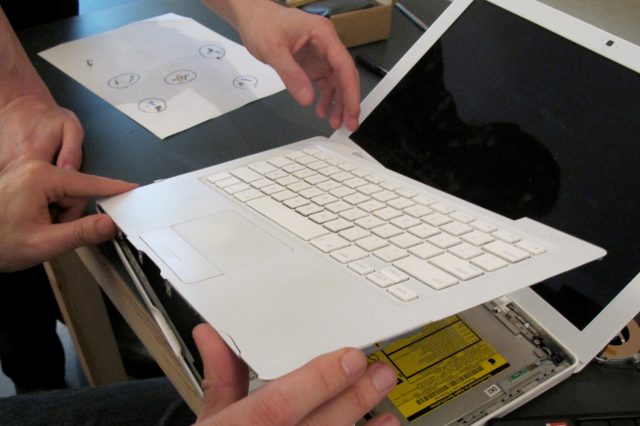 With Restarters Ben Skidmore and Dave Lukes, Ugo discusses some tech news and then dives into the world of repurposing computers – how can we give them a second life?

From charges against Samsung to the ‘ebook apocalypse’

In France, a court has charged Samsung Electronics with misleading claims regarding labour rights violations, including the exposure to chemicals or breaking up labour unions at its Asian factories. We discuss the importance of this case and how these charges will probably unfold further, and look at other manufacturers too. Regardless of the final outcome of the case, we hope to see more publicity around it across Europe.

We also talk about the Microsoft ‘ebook apocalypse’, as the company is removing all purchased ebooks from user’s libraries. We reflect on our ownership of online products, which manage our right to access rather than own these items. Sticking to Microsoft, we note that CERN, the physics research centre in Switzerland, has decided to move to open source due to Microsoft removing their status of ‘academic institution’, which resulted in higher fees.

The second lives of computers

Inspired by a thread on our online forum, we talk about repurposing old computers, including ‘obsolete’ ones. We talk about the importance of open source software, often underestimated. For instance, when devices are not well supported by mainstream operating systems, or even become fully unsupported, open source alternatives can extend the lives of our devices. We can also give new uses to them, like repurposing them as miniservers for backing up media files or even… for playing retro computer games, like Ben!

Despite seemingly technical hacks, we discuss the availability of guides and feedback online. We also talk about the option of reusing components when our computers fail (normally it is only one component that fails!). Keyboards, mouses, or even display, can all easily have a second life.

Finally, we discuss the dilemma around energy efficiency when using old devices, in context with the embodied energy involved in the manufacturing of products.