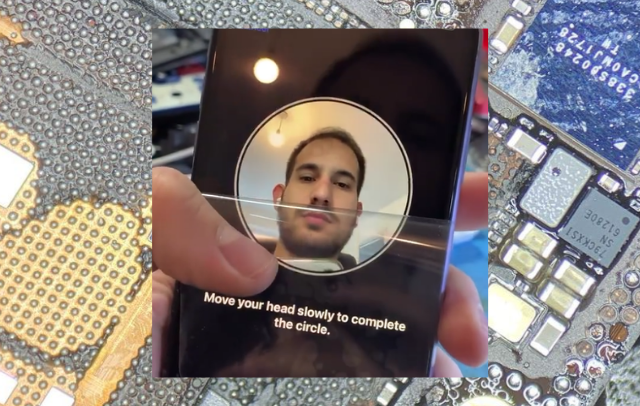 Talking about the issue of smartphone repairability is one that has been unavoidable over the years. This month we decided to finally look at this problem in depth. Ugo and Janet are joined by Rico Cerva, one of the most skilled and well-known iPhone repairers we know. He tells us about how iPhone repair keeps getting more complicated and how the barriers against fixing them have changed for the worse.

First, we take a look at some big electronics news in the UK. Regulator Ofcom announced that from December 2021 telecommunications companies will not be able to sell locked handsets in Britain. Next, the BBC reported that both the Liberal Democrats and the Green Party agreed that a repairability rating scheme should be introduced to products in the UK. This comes after France decided to introduce a similar scheme that will begin in 2021. Finally, we share some good news about the Right to Repair proposition that was on the ballot in Massachusetts. Despite a large-scale effort to scaremonger by the automotive industry, the law passed with 75% of the vote last Tuesday.

The seriousness of smartphone serialisation

With the recent release of the iPhone 12, so came the new issues in repairing this device. YouTuber and advocate for Right to Repair Hugh Jeffreys discovered an issue that meant the camera on the newest Apple phone could not be replaced by third parties if broken. This problem, Cerva says, is down to serialisation. He says

“You need the Apple machine to pair the new display to the phone. Even if you take two original screens and you swap them over, if they’re not the correct serial number, you’re going to have some weird glitches or issues.”

Apple has introduced serialisation by pairing component parts to phones. The result is that independent repairers are not able to repair devices with spare parts – even genuine parts that have been removed from the same Apple product. This way, only repairers who are part of Apple’s Independent Repair Provider programme will be able to repair devices. This applies to even common fixes like screen and camera replacements. As such, repair will get more expensive and independent repairers will not be able to work.

Cerva points out that even though he has found physical workarounds for most of Apple’s pre-iPhone 12 repair barriers, the trend is towards total lockdown of these devices. These workarounds have to be performed on such a microscopic scale and with such delicate skill that most independent highstreet repair shops – and definitely at home repairers – are being pushed out of the picture.

How is this affecting independent repairers?

This problem is also not unique to Apple. YouTuber Riki Kim revealed that Samsung has also started to introduce serialisation to its devices via the fingerprint sensor and a recent software update. Together, Samsung and Apple devices represent two-thirds of the European market share, so these developments have huge consequences. Even Cerva, who can complete these complicated workarounds, wonders how sustainable it will be to run an independent repair business in the coming months and years. Repairers like Cerva work to provide a fair price and the best quality for their customers. But this means soon they may not be able to compete with the industry’s continuous barriers against their work.

What can be done?

Cerva believes consumer awareness can help combat this worrying trend.  We point out that much policy work surrounding the Right to Repair focuses on hardware and the availability of spare parts. On software locks and serialisation, policy must catch up. Furthermore, if this trend continues, there is a worry that the issue of serialisation could spread to other electronic devices too.

What brings some light to the conversation is Cerva’s belief in the repair network and the independent repair community. He tells us how businesses with different specialities are coming together to solve problems and help each other provide services to keep going.