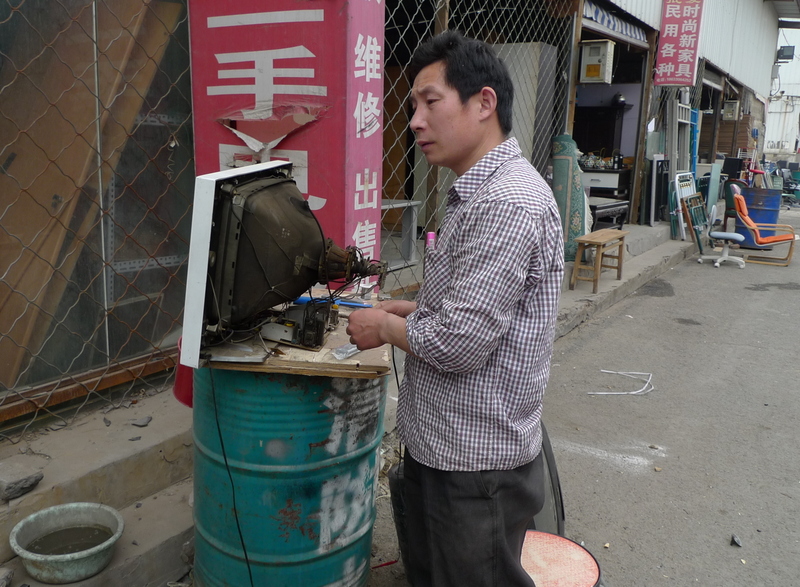 During a visit to Beijing last month we had the opportunity to get a taste for the local repair and reuse culture. First we visited the Zhong Xing Used Goods Market, an impressive district of warehouses, where all kinds of used products are refurbished and prepared to be resold. We were particularly impressed with entire shops dedicated to cleaning, testing and repairing air conditioners, washing machines and furniture. 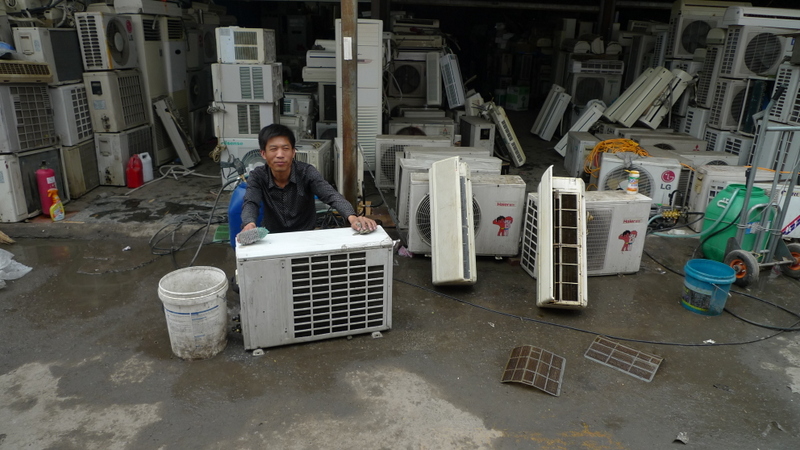 By the end of the process, the warehouse looked exactly like a wholesale distributor of new goods, and most products looked 100% new, except they were used. We were delighted to learn that in Beijing there is still a market for old CRT TVs. The repairer pictured above explained to us that it is still worth repairing such TVs as people moving from the countryside to Beijing would often only be able to afford buying such a television for the equivalent of £10. 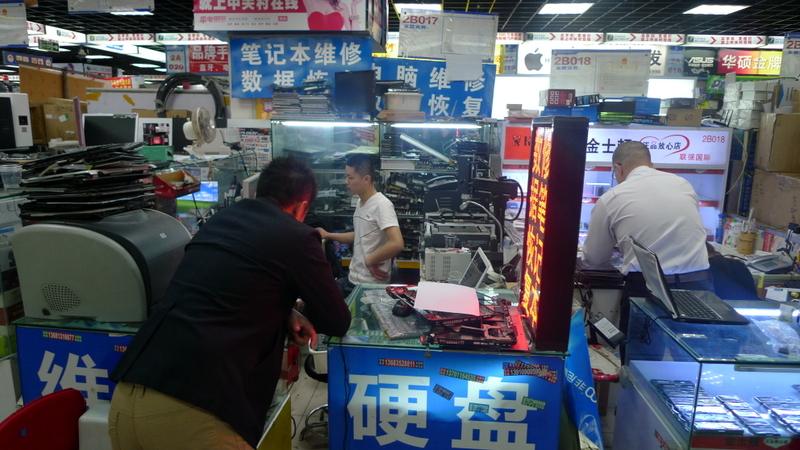 Then we visited Centergate Como in Zhongguancun, Beijing’s IT neighbourhood: a gigantic shopping mall, 6 floors filled with small electronics shops, selling all kinds of gadgets. This visit, alongside the impressive level of smartphone and tablet penetration palpable all over the capital city, reminded us that the challenges around the fast uptake in new consumer electronics are becoming more and more a global problem.

Adam Minter reports in his illuminating book Junkyard Planet that over half of the e-waste processed by China is now waste actually produced in China. However, while every single stall holder kept trying to lure us to buy a gadget from them, we were happy to find that the second floor of the mall is actually filled with laptop repair shops, including some offering reflowing of damaged motherboards and graphic cards. This is a technique which can prolong the lifespan of an existing laptop, but it’s quite rare to find shops in the high street shops in the UK providing it. In China, you can still do that in a major shopping mall. 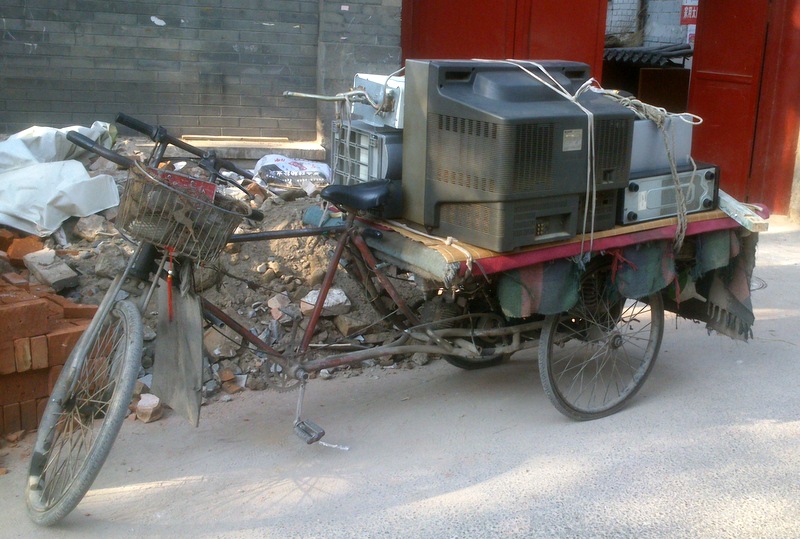 Last but not least, while visiting the few remaining hutongs in old Beijing, we kept running into bike-powered waste pickers, buying old, unwanted but still repairable appliances straight from owners. They made sure they would be delivered to others, possibly in used goods market such as the Zhong Xing one, still able to clean, repair and give them new value.

This has given us all sorts of ideas on how we could reinvent collection and management of what some people might call e-waste, but others could still be turning into valuable, second-hand products.

After we supported London’s laptop donation schemes in the last six months, we look back at what we achieved. We are looking at ways to deepen and continue these vital partnerships with grassroots reuse groups as we plan into the future.